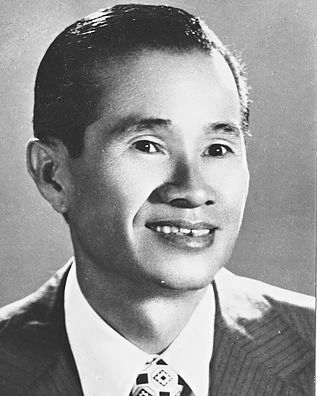 Descended from a poor family, since my twelve, I had been come to Ha Noi for a hired job and forlearning to make clothing. Experiencing many difficulties and challenges, but with my career passion and my dream to contribute to Vietnam clothing industry and its progress to make sophisticated clothing products both traditional and fashionable withadvanced skills, helping to present the beauty and charm of Vietnamese people, I had constantly improved my skills, learned from others, made new clothing designs to serve clothing demand for domestic market as well as foreign market. Meanwhile, I had arranged many classes to teach tailoring and privately tutor high skill workers in the City and in some neighboring Provinces, creating employments for many workers whose family was also in this industry.

During my career, in the previous long time as well as after liberation of the South, I have always attached to this career and not act against ethnic and conscience. My family and I have always strictly followed all principles and policies by The Party, the State, company’s regulations and local regulations.

After liberation of the South, in 1976, as trading industry of the City started, I had willingly applied for tailoring job in Fabric Garment Company managed by Trade Department of the City due to my awareness of contributing to the new society. Thanks to high skills and the trust from the Company’s leaders, I have been assigned the task of running the first State tailoring store in the City located in 108, Dong Khoi Street, then Stores in 55, 61, 72, 76, 85 and 105, Dong Khoi Street, District 1, Store in 17 – 19 Le Loi Street, and Store in 72 Nguyen Hue Street.

In my clothing career path, I had invited many of friends as famous and high skill tailors in the City to join in tailor group of the Company such as Mr. Vu Van Hung, Mr. Le Kim Bang, Mr. Tong HuuPhan, Mr. Nguyen Chanh, Mr Nguyen Van Duc, MrDinh Van Xuan, Mr Adam, etc. This corporation had helped the Fabric Garment Company to develop a wide tailor network throughout many Districts in the City, attracting a large number of skillful workers. Therefore, I had trained many tailor workers of the City as well as in other Provinces in the Country, meeting significantly clothing demand of people with dedicated service and guaranteed quality.

Besides, I had also actively took part in develop focus stores ran by clever and sophisticated tailoring skill workers attracting crowed foreign and domestic customers, creating trustfulness for Vietnam clothing industry. It has been my honor to be allowed to directly make clothing for Central authorities, Department and Committee in the City, foreign expert groups and many officer groups on far mission by the City’s People’s Committee. These comrades had praised when received my clothing.